Are you looking to purchase a home or investment property in Highgate Hill? As a Highgate Hill Buyers Agent we’d be happy to help and have compiled the following suburb profile for your information. Best wishes with your Highgate Hill property purchase!

Highgate Hill is a trendy, inner-city suburb located 2km south of the Brisbane CBD. The suburb is home to Brisbane’s first ever apartment tower (Torbreck) which was built in 1962. Highgate Hill is bordered by the suburbs of West End, South Brisbane, Woolloongabba and Dutton Park 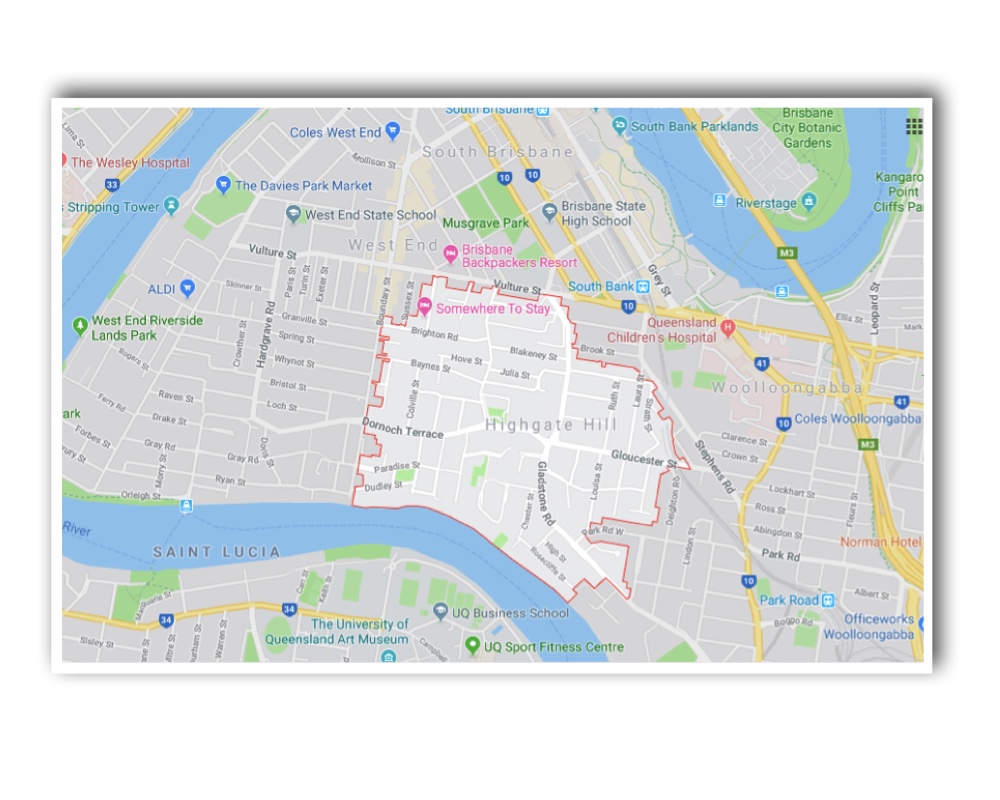 The population of Highgate Hill in 2016 was around 6,225 and continues to grow. 43% of households in Highgate Hill are owner-occupied and consistent predominantly of young professional couples (aged 20-29).

The main shopping and café precinct is located in Boundary Street in the neighbouring West End. Brisbane’s Southbank precinct is a 15 minute walk away.

Highgate Hill is a highly walkable suburb. There are also several bus routes running along Dornoch Terrace and Gladstone Road. South Bank train station is only a 10-15 minute walk away.

Highgate Hill Park and Paradise Park are two very popular green areas in the suburb. Paradise Park is located in a quiet residential area and close to the Brisbane River. The park is home to a popular playground and a community garden.

Highgate Hill Park, at the top of Dornoch Terrace is a fantastic picnic spot with city views and summer breezes.

Traffic noise can be an issue for properties close to major thoroughfares including Gladstone Road, Dornoch Terrace and Gloucester Street. Buyers should check the Brisbane City Council Flood Maps, as certain low-lying areas close to the Brisbane River, are susceptible to flooding.

Less than half (40.5%) of properties in Highgate Hill are free standing houses.

The suburb is particularly well known for its high-rise unit complexes. There are also a number of heritage listed homes, for example the impressive “Tarong” in Blakeney Street. A typical block size is approximately 400m2.

What can my money buy in Highgate Hill?

The median house price in Highgate Hill is $985,000 which is well above Brisbane’s median.

The median house price in Highgate Hill would typically buy a 3 bedroom, 2 bathroom house on a 400m2 block. 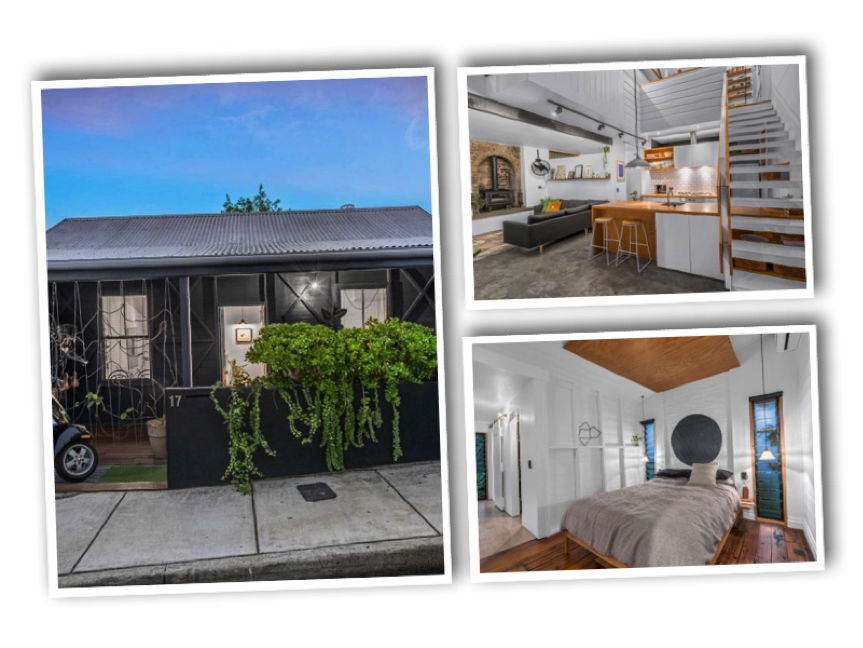 This amount would typically buy a renovated 2 bedroom, 1 bathroom apartment.

For example this unit in the iconic Torbreck complex: 2F/182 Dornoch Terrace Highgate Hill – sold for $495,000 in January 2019 (click to view listing)

How has the Highgate Hill property market been performing?

Units in Highgate Hill have fallen in price by 9.3% in the last five years. Over the last 10 years unit prices have increased by 1.2% per annum.

**Statistics are accurate for June 2019

Check out Highgate Hill’s Community Facebook page for some additional information on the suburb.

Thinking about buying a property in Highgate Hill? Our Highgate Hill Buyer’s Agent is more than happy to have a chat. Please contact us.