Are you looking to purchase a home or investment property in West End? As West End Buyers’ Agents we’d be happy to help and have compiled the following suburb profile for your information. Best wishes with your West End property purchase!

West End is a highly developed inner-city suburb located 2.0km south of the Brisbane CBD. The suburb is best known for its trendy eating spots and colourful characters. West End is bordered by the suburbs  South Brisbane & Highgate Hill. 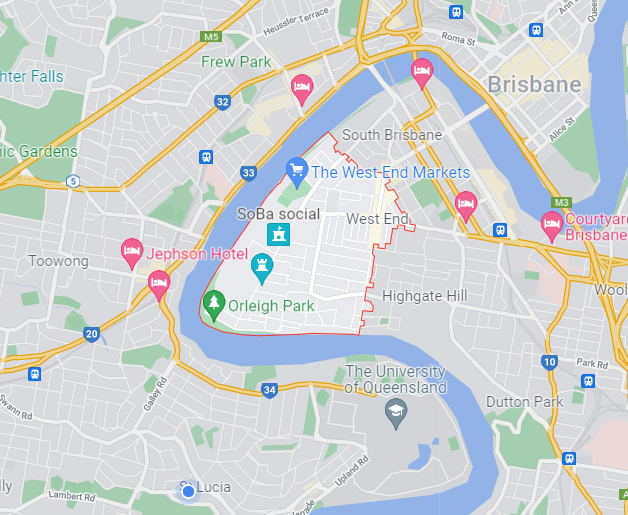 West End’s main shopping and café precinct is located on Boundary Street and Montague Road, both are littered with dozens of restaurants, convenience stores, cafes, bars and supermarkets.

The closest railway stations are located in South Brisbane and South Bank. With several bus services running through the suburb itself, a bus stop is rarely more than a 5 minute walk away.

The area is home to West End Primary, and the highly prestigious  Brisbane State High School.

The entire Western and Southern borders of the suburb have fantastic walking and bike trails running along the Brisbane River with dog parks, barbeque facilities, rowing clubs and play grounds, public boat ramps and pontoons. Parks include Orleigh Park and Cranbrook Place. These spots are incredibly popular with the locals and the council has spent a lot of money developing these areas. Davies Park is another great spot with excellent public facilities and and sporting clubs, including a sports oval, skate park, league club, food markets and community gardens.

The Queensland Children’s Hospital and Mater Private Hospital are major employers in the local area.

The southern boundary of West End is highly sort after for is character homes. Medium and highrise developments dominate most of the suburb with riverside areas being most desirable.

Traffic noise can be an issue for properties close to major thoroughfares including Boundary Street, Vulture Street, Hardgrave Road & Montague Road. Buyers should check the Brisbane City Council Flood Maps as a large portion of the suburbs is susceptible to river flooding.

Free standing houses account for only 18.30% of properties in West End.

The suburb is particularly well known for its character cottages style houses. These timber character homes were built in the early 1900’s and are typically on smaller blocks from 300-400sqm.

What can my money buy in West End?

The median house price in West End is $1,320,500 which is well above Brisbane’s median. 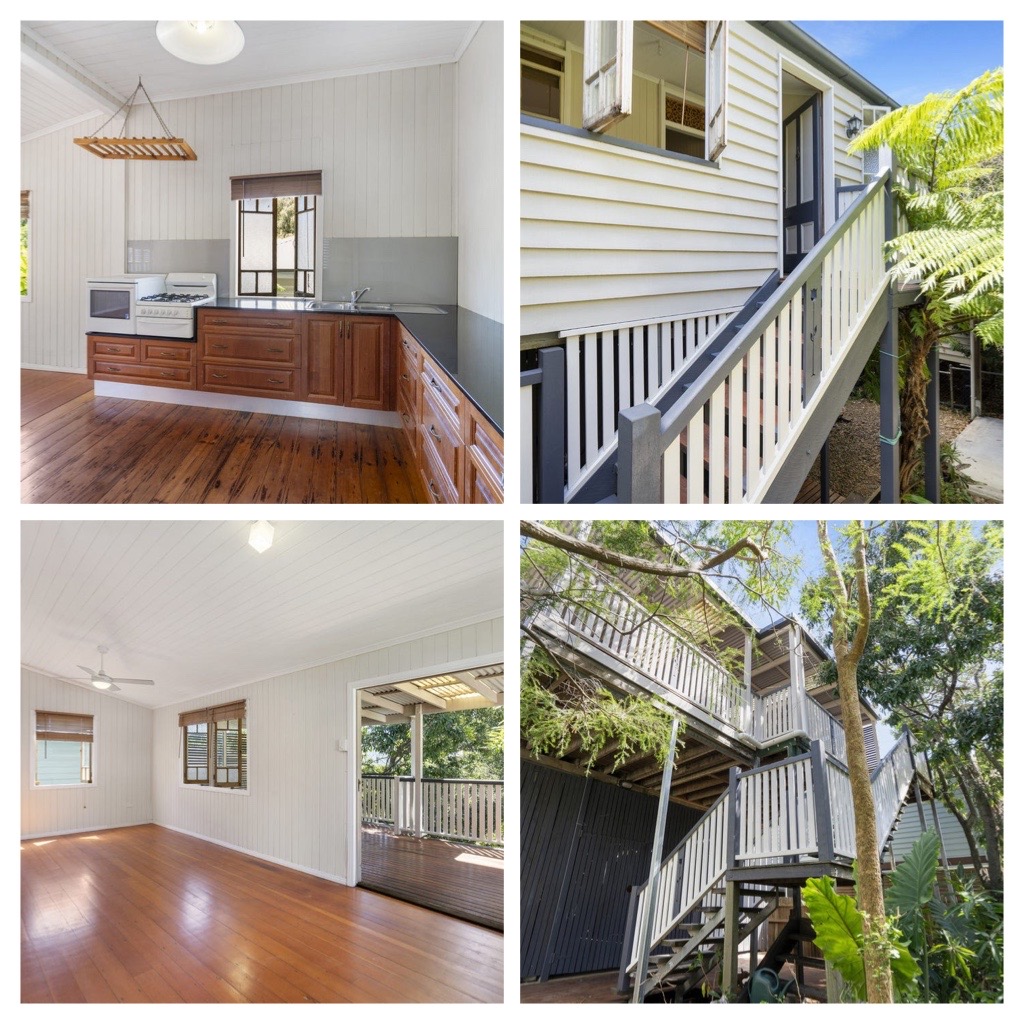 This amount would typically buy a 2 bedroom, 2 bathroom, 1 garage unit in an relatively modern style complex with body corporate facilities. For example: 214/8 Musgrave Street, West End – sold for $555,000 in December, 2021 (click to view listing and see images below). 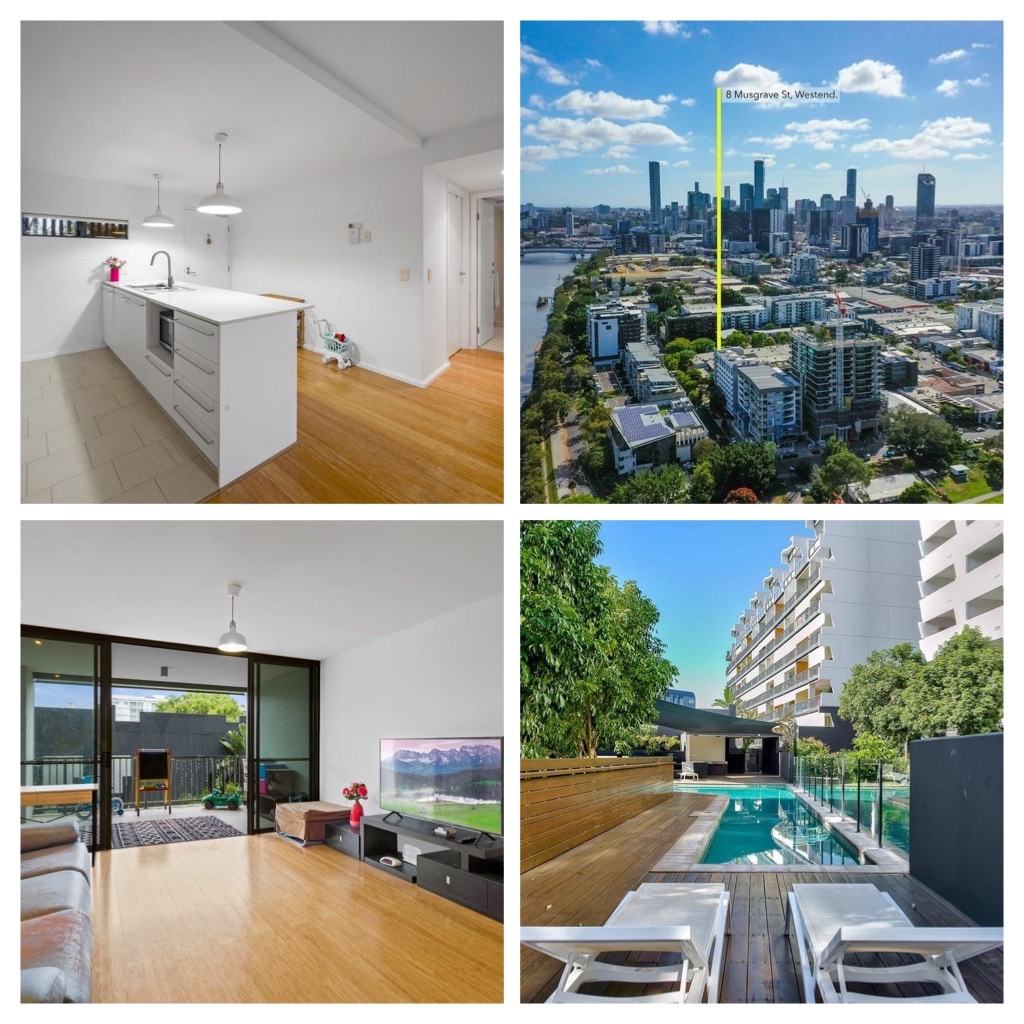 How has the West End property market been performing?

Units in West End have seen little price growth. In the last 5 years the median price of units has decreased by 0.8%. On average, over the last 10 years unit prices have decreased by 1.4% per annum. This is mostly due to a huge increase in development and oversupply in recent years.

**Statistics are accurate for December 2021

Thinking about buying a property in West End? Our West End Buyers’ Agent is more than happy to have a chat. Please contact us.

For information about other Brisbane suburbs click here. https://www.yourpropertyhound.com.au/property-articles/suburb-profiles/