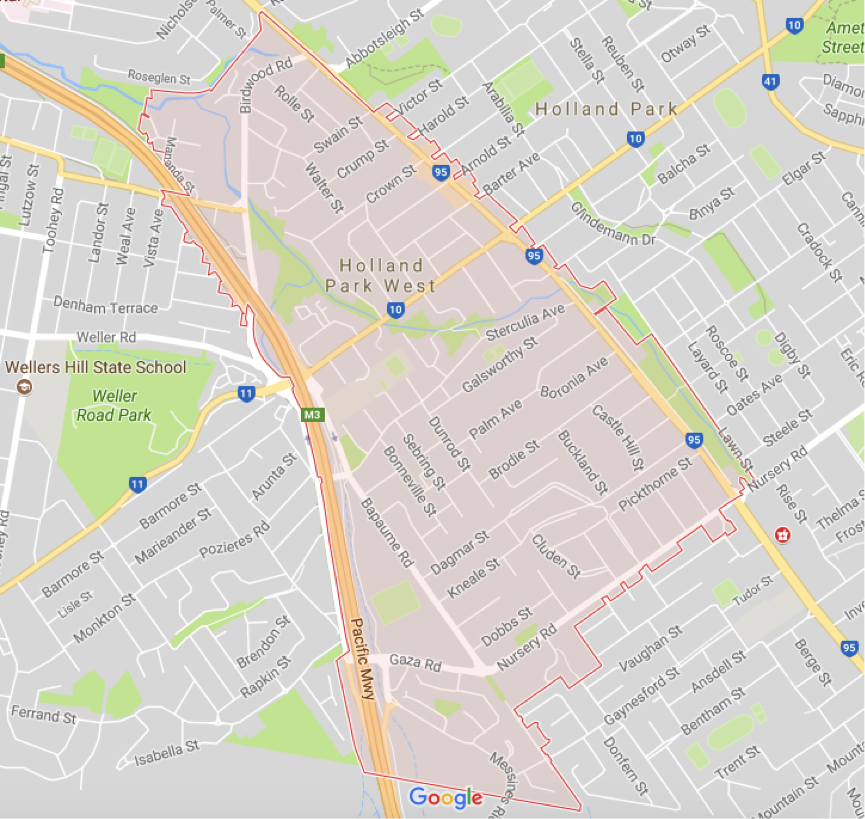 The population of Holland Park West in 2011 was around 5,970 and continues to grow. 63.9% of households in Holland Park West are owner occupied and consistent predominantly of professional couples with children.

Holland Park West is located on the South East Busway providing a convenient connection with the Brisbane CBD.

The Pacific Motorway in the western part of the suburb provides motorists with access to the city and the Gold Coast.

Joachim Street Park and Balis Street Park meander through the centre of the suburb along the Glindeman Creek.

Griffith University in the neighbouring suburb of Mt Gravatt is a major employer in the area. Many residents commute to the Brisbane CBD for work.

Traffic noise can be an issue for properties close to major thoroughfares including the Pacific Motorway, Logan Road and Marshall Road. Buyers should check the Brisbane City Council Flood Maps, as some areas (especially streets located close to the Glindeman creek) are susceptible to flooding.

The vast majority (71%) of properties in Holland Park West are free standing houses.

Post-war lowset weatherboard houses on decent size blocks dominate the suburb. As the suburb’s popularity continues to grow, many of those houses are renovated or demolished and replaced with newly built contemporary residences. A typical block size for the suburb is around 600m2, but larger blocks are not uncommon.

What can my money buy in Holland Park West?

The median house price in Holland Park West is $880,000 which is above Brisbane’s median. 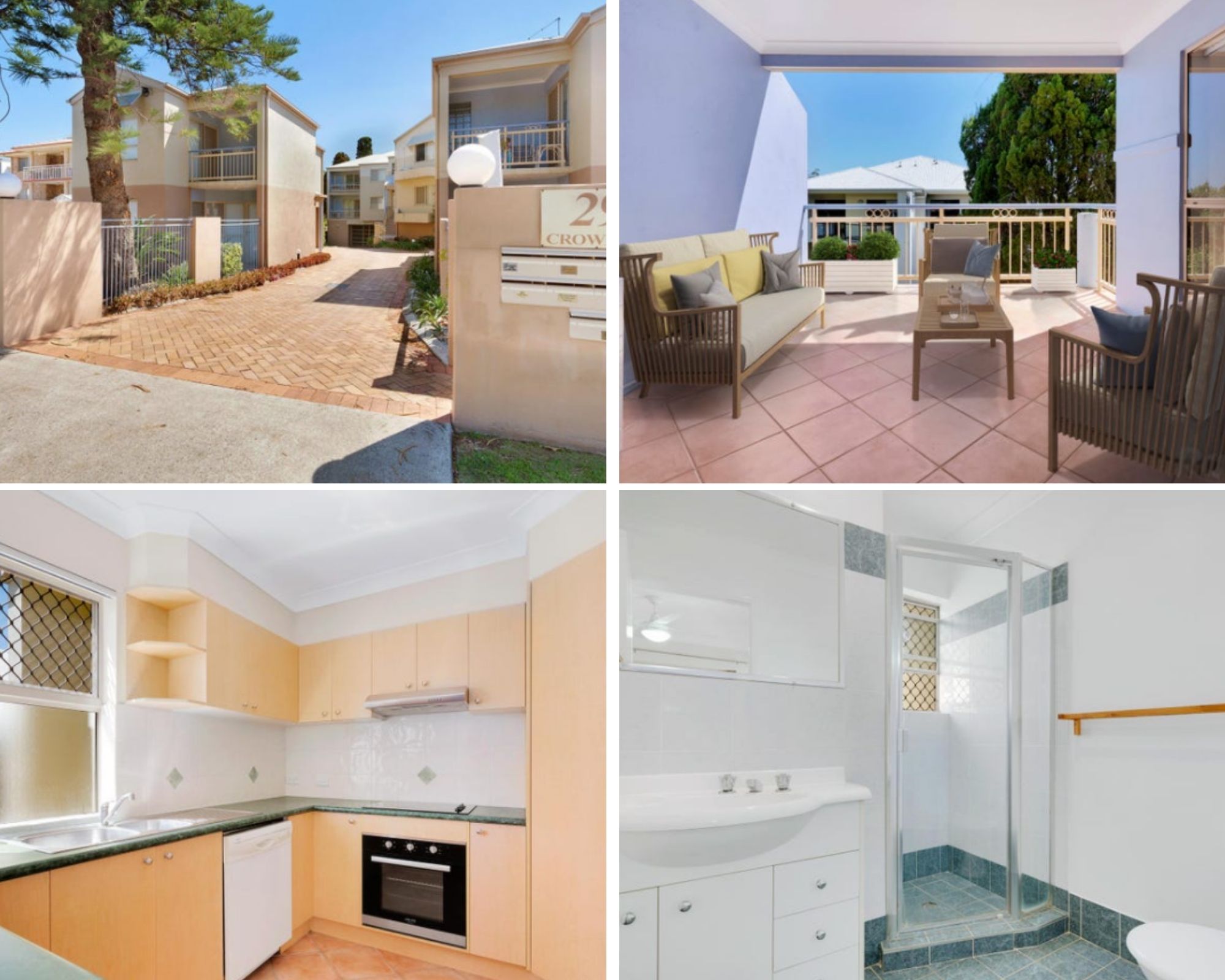 How has the Holland Park West property market been performing?

Units in Holland Park West have seen more modest price growth. In the last 5 years the median price of units has increased by 13.7%. On average, over the last 10 years unit prices have increased by 2.2% per annum.

**Statistics are accurate for December 2021